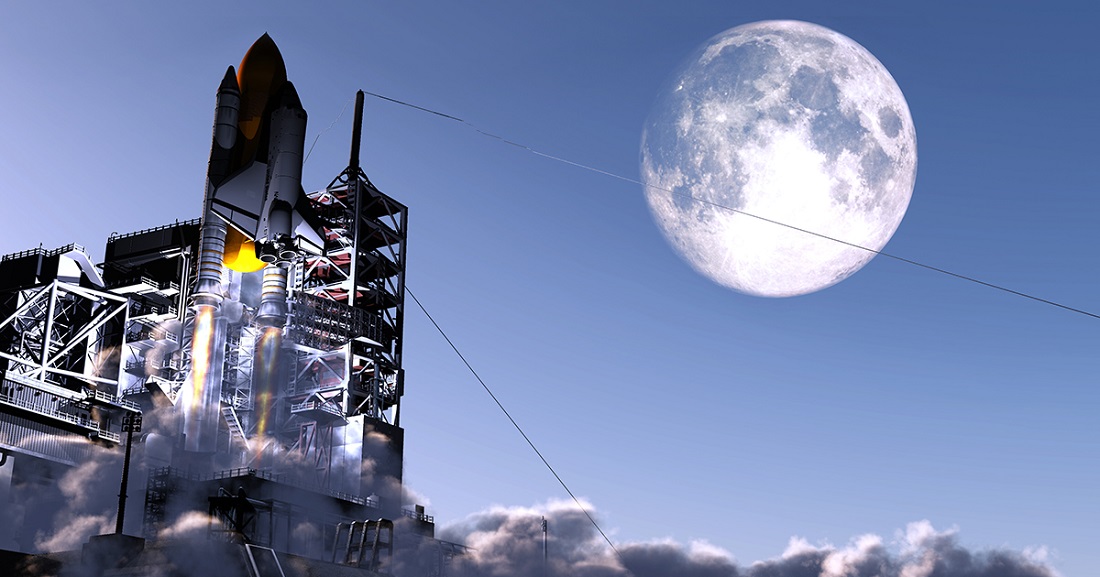 Cooling Challenges for Cloud & HPC & Cloud Computing
As the trend towards cloud computing is skyrocketing and demand is increasing for products and services enabled by Artificial Intelligence (AI), High Performance Computing (HPC) and the Internet of Things (IoT), the number of large, centralized data centers worldwide is also growing.

The demand for greater computing power delivered by these data centers is also increasing, using ever more powerful new chips from Intel, AMD and NVIDIA that generate more heat, and server systems that pack multiple numbers of these chips into a single chassis. Expensive real estate is also driving data centers to increase computing density per square foot, creating more of a cooling problem as hardware is jammed closer together with less space for air flow. What’s more, cooling fans also cause vibration which can result in damage to other components within the server and create dangerous noise levels for maintenance workers.

It is estimated that data centers now consume more than 2% of world’s electricity: around 272 billion kWh. And a lot of this energy consumption is spent not on powering the computer hardware itself, but on facility costs – mainly air conditioning. Traditional air cooling in data centers is quite inefficient, with over 400 trillion BTUs of heat wasted every year and generates a massive carbon footprint.

Warm liquid cooling is a much more efficient way of transferring heat away from electrical components than air requiring far less energy for cooling. In addition, since air cooling equipment within a server such as large fans and heat sinks is not required, liquid cooling systems can support a much greater density of CPU and GPU components in each space, delivering greater compute performance per square foot.

The popularization and standardization of liquid cooling technology means that it is now a feasible choice for mid or small sized data centers and for smaller HPC cluster deployments.
The Solution: GIGABYTE High Density Servers with CoolIT DLC
GIGABYTE has partnered with liquid cooling technology leader CoolIT to offer their DLC (Direct Liquid Cooling) system as a standard option for our H262 Series High Density Server Systems. Maximum Energy Efficiency
Ultra-Dense, Ultra-Powerful Computing Performance
GIGABYTE’s AMD EPYC H262 Series servers are currently one of the most dense and powerful server platforms available on the market, and only liquid cooling enables them to reach their full performance possibilities. Each 2U server features four dual socket compute nodes that can support extremely powerful processors such as the AMD EPYC 7H12, a 64 core 128 thread monster with a 2.6GHz base clock that would previously be impossible to integrate in this kind of high-density system using traditional air cooling. Using the 7H12, a single 2U server can support up to 512 cores, 1024 threads of computing power as well as over 8TB (64 x 128GB LRDIMM) of 3200MHz memory. 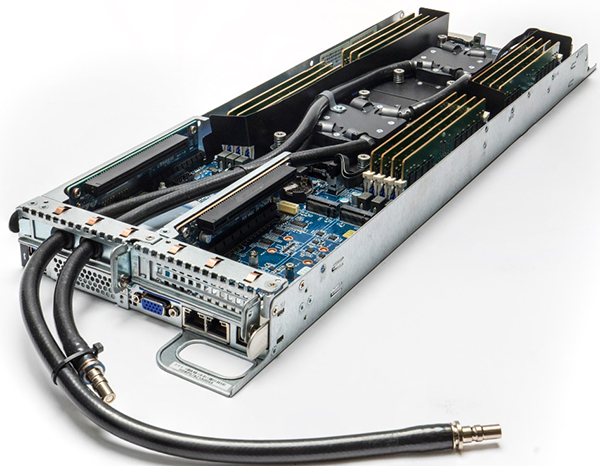 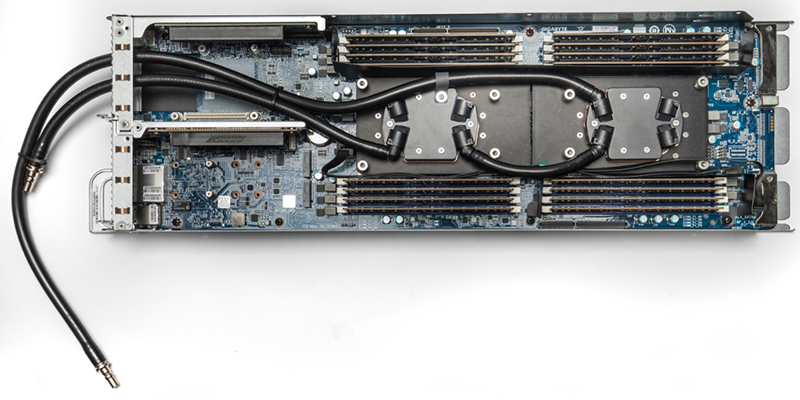 Passive coldplate loops
2. Rack Manifold
Built to fit any rack, the CoolIT Rack Manifold connects each liquid cooled server node to rack based CDU (Coolant Distribution Units). It features a reliable stainless steel design and 100% dry-break quick disconnects for quick maintenance of any server node, which are color coded red (hot) and blue (cold) to easily match with each cold plate loop. The rack manifold is easy to install and occupies only a single PDU space on each side of the rack. It can also be customized for different racks or number of connections. HPC
High Performance Computing, or HPC, refers to the ability to process data and perform calculations at high speeds, especially in systems that function above a trillion floating point operations per second (teraFLOPS). The world's leading supercomputers operate on the scale of petaFLOPS (quadrillion floating point operations per second), whereas the next goalpost is “exascale computing”, which functions above a quintillion floating point operations per second (exaFLOPS).To achieve this level of performance, parallel computing across a number of CPUs or GPUs is required. One common type of HPC solutions is a computing cluster, which aggregates the computing power of multiple computers (referred to as "nodes") into a large group. A cluster can deliver much higher performance than a single computer, as individual nodes work together to solve a problem larger than any one computer can easily solve.

Data Center
What is a data center? A data center is a facility that an organization uses for housing their IT equipment, including servers, storage, networking devices (such as switches, routers and firewalls), as well as the racks and cabling needed to organize and connect this equipment. This equipment also requires infrastructure to support it such as power distribution systems (including backup generators and uninterruptible power supplies) and ventilation and cooling systems (such as air conditioning systems or liquid cooling systems). A data center can range in size from a single room to a massive multi-warehouse complex. In 2005, the American National Standards Institute (ANSI) and the Telecommunications Industry Association (TIA) published standard ANSI/TIA-942, "Telecommunications Infrastructure Standard for Data Centers", which defines four tiers of data centers by various levels of reliability or resilience. For example, a Tier 1 data center is little more than a server room, while a Tier 4 data center offers redundant subsystems and high security.

Liquid Cooling
As the name suggests, liquid cooling technology uses liquid (in this case, coolant) as a heat transfer mechanism. Two common liquid cooling technologies available on the market for servers are direct liquid cooling (DLC), also known as direct-to-chip (D2C) liquid cooling; and immersion cooling, which can be further subdivided into single-phase and two-phase immersion cooling. For more information about immersion cooling, it is recommended you take a look at our glossary entry or go straight to the dedicated solution page. Direct liquid cooling helps the server dissipate heat through the use of sealed tubes (called cooling loops) filled with coolant. The cooling loops coil around key components inside the server chassis. Thermal energy is transferred from the components to the coolant through conductive copper plates, also called cold plates. The heated coolant is then circulated outside the server to a heat exchanger, which removes the heat from the coolant before piping it back into the server to repeat the cycle. The heat exchanger may be installed in the same server rack as the liquid-cooled server, so that the heat is expelled directly into the hot aisle of an air-cooled data center. This is what is known as a liquid-to-air cooling setup, and it makes it easier for conventional data centers to dip a toe into liquid cooling without overhauling the entire infrastructure. Conversely, a liquid-to-liquid cooling setup transfers heated coolant from all the server racks to a centralized heat exchanger that is part of facility's liquid-based cooling loop. While this method is even more effective at dissipating heat, the server room will have to be designed from the outset to support liquid-cooled servers.
You have the idea, we can help make it happen.
Email Sales